They aren’t coming right away though, because I’m heading off to Springfield for a few days to attend On The Front Lines; The Sixth Statewide Library Practitioners Conference “Agents of Change”. I’m not presenting or anything like that, just going to take advantage of an extremely reasonably priced chance to catch up with friends and meet new people, and maybe not play hooky from so many sessions like I did at ALA  when I went a few years ago. (ALA is the American Library Association, for those who don’t know, and I went to the conference in 2007 and am going again this year.)

It’ll be nice to get away for something that’s not a staycation, even if it’s not a vacation. A vacation will have to wait for that magical time (not so far away) that I am not working the whole weekend, but only part of it. Not that I’m complaining about that– it’s pretty nice to have Monday and Tuesday to gallavant around our fair state.

I saw this on the Apartment Therapy technology blog, Unpluggd.

Is this not the coolest thing ever? 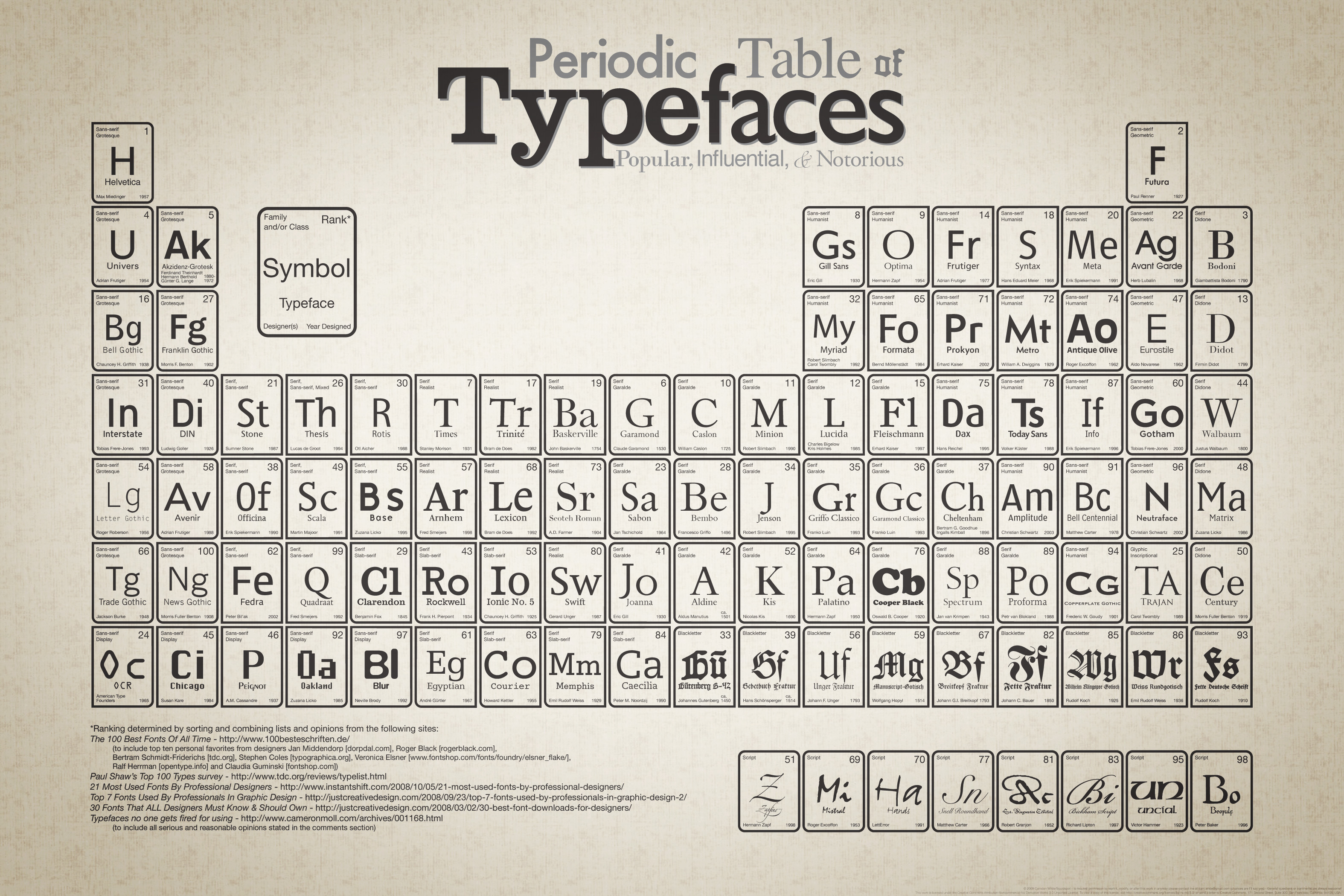 I immediately emailed this to my bibliography professor, since we learned our typefaces or else in that class. Or at least I did. We weren’t allowed to use Times New Roman, and in our final projects part of the grade was based on our use of typefaces. You can see my choices here (PDF). (Though they are different from the original, since I did that on a Mac and I don’t have access to the exact fonts. I think the original was Baskerville Old Face, and this is Baskerville.)

If this image didn’t have so much going on, I think it would be my new computer desktop.

This might be in the category of things that only bother me, but based on a small amount of anecdotal evidence, I don’t think I’m the only one afraid of social media.

Oh, I don’t mean the fear of being stalked or something similarly dramatic. I mean the mundane embarassment of other people knowing something intensely personal about you– and they know it about you because you, like a big dummy, plastered it all over the internet.

Here’s an example. I have a Last.fm account, but I’m not going to tell you anything more about it. It’s for me, and my Last.fm friends, to know about, and you to find out. Maybe. Anyway, if you’re not aware, Last.fm is a social utility for tracking the music you listen to on iTunes or similar. It alerts you to artists you might like, and matches you with people with similar tastes. All well and good, but if you occasionally listen to something that isn’t cool, as I frequently do, you have to face up to your friends knowing about it. Or, simply, turn off the tracking feature. I don’t think I’ve worried about this so much lately (maybe I got over myself some point in the last little while), but I do think about if it’s something particularly embarassing (perhaps British cozy murder mysteries written before 1950, just as an example).

Another example. My parents have a LibraryThing account–it’s unlimited, and they have a barcode scanner, thanks to a thoughtful birthday gift from their oldest child. They have a lot of books, and were using solely for the purpose of keeping a personal catalog of their books. LibraryThing, if you’re not aware, is a social book cataloging utility that… well, you get the idea. It puts your information out there, and que sera sera. Anyway, after their kind oldest child spent some hours putting in the more obscure theology books into LibraryThing, someone with very similar tastes requested to be friends with my parents. I asked them if they wanted me to accept the friend request, and they found it too weird to deal with. In fairness, I would probably think twice about being friends with someone with my parents’ book collection if that’s all I knew about them, particularly if only the north part of the library were cataloged yet (which is, I believe, the case).

In both these examples, the utility of the tool was the thing that drew the user, not the social aspect of it. I wanted a tool to track what I listened to most in a given week, and one that would allow me to learn about new artists. My parents wanted a way to keep track of their large book collection. However, the social aspect of the tool intruded itself, and made it, in some ways, less useful. This is in sharp contrast to something like Facebook, whose only utility is in its socialness. It’s not generational whether someone would choose a specifcally social tool over one that wasn’t– my mother-in-law happily uses Facebook.

I find this an important point in my thinking about “Library 2.0”. It’s not always the case that just because something can be made social that it ought to be made social. Sometimes people don’t really want to plaster their personal tastes and ideas out there for the world to see, even pseudonymously. I personally refused to tag any songs on Last.fm when I realized that this would mean giving up a lot of my internal relationship with music to the world. I’m more comfortable telling you what I’m reading, but I definitely don’t tell you everything I read. There’s a fine line, and many people are still learning where they are comfortable drawing it.